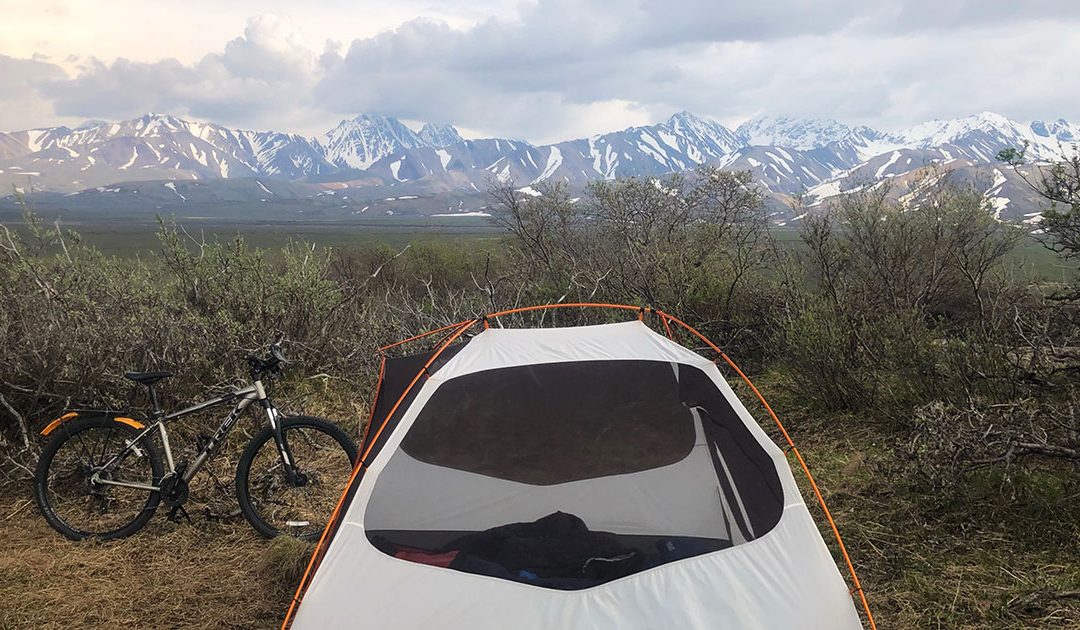 All of the photos in this blog are from Denali Park on a biking trip with one of our bikes. Thanks to Ricky and his sons Thomas and Pharris from Franklin, Tennessee for these Denali National Park Wilderness bike camping photos! 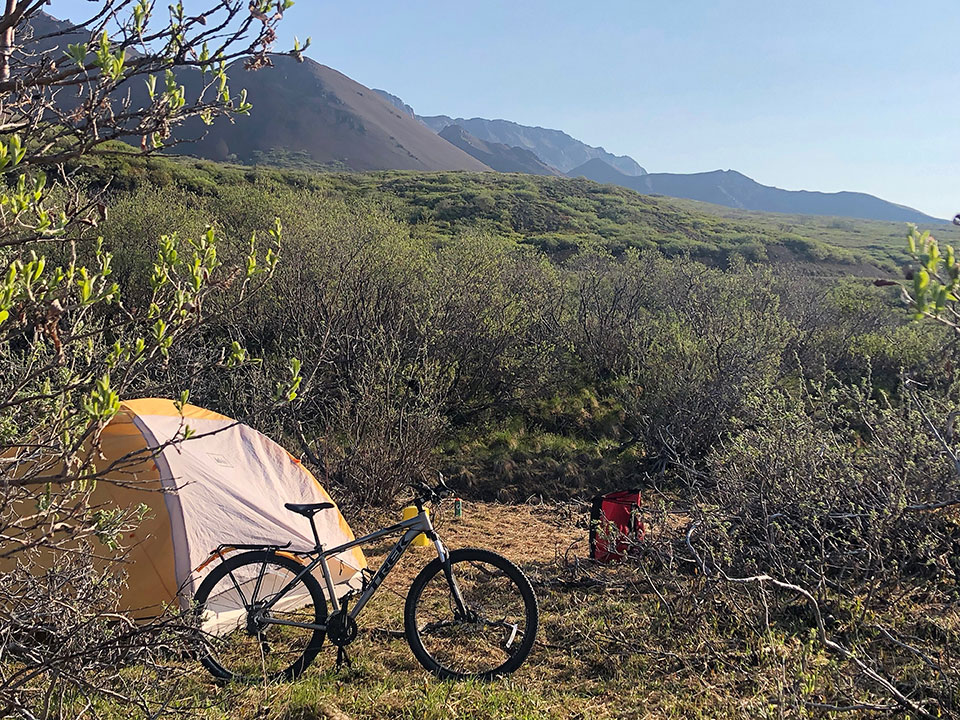 Our photos to this point have revolved around a certain amount of wildlife, this time I’d like to monologue on that topic. Through various reports, sightings and personal experiences, I’ve come to know a few of the animals in the front country recently, and I’ve been offered some poignant lessons. None of this is meant to scare you, riding a bike in Denali National Park is no more dangerous than riding a bike in a city. Wildlife, however, is part of the traffic here and, as with any traffic, a lack of awareness can be hazardous.

On Tuesday June 9, I heard a report that a bear had killed a moose calf near the Park headquarters and Dog Sled Kennels on June 8 or slightly before. Late that night of the 9th, we got the chance to see what I’m pretty sure was the same bear cross the Parks Highway, 2.5 miles south of the Park entrance, travelling west to east. There are a number of moose that hang around the front country area of the Park and if you are there for a period of time you’ll get to know them. On the 9th and perhaps even the 8th, I noticed that one of the local cows that had two calves with her recently, now didn’t seem to have her calves anymore. Bummer, I was getting to like those calves, but I think I know what happened to them. What I hadn’t considered, however, are the ramifications behind this sort of local wildlife activity.

Let’s take a second and reflect on how we should behave in Denali National Park while riding a bicycle. Go slow. Check. When visibility is restricted by brush or landscape, talk loudly to alert animals of your presence so you don’t surprise them. Check. Here’s where I’d like to emphasize the last one on the list. Maintain situational awareness. 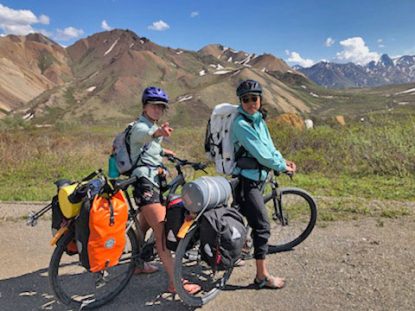 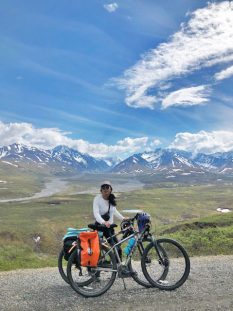 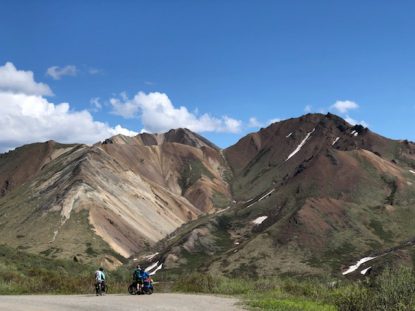 The morning of June 10th was a Bluebird Day in the Front Country of Denali National Park. On our morning ride, two of us riding on the bike trail past the railroad tracks, going toward the visitor center; I was engulfed in blah, blah, blah. Going slow, making plenty of noise, two out of three works, right? Until there’s that cow and she’s already charging. She brushed me on the turn around as I began a puckered cheek bellowing with a cat-like quickness. As she rear ended in preparation to kick me off of my bike, I could see she startled and balked, then sauntered off irritably. Or more likely, distressed.

This is an example of unusual moose behavior. Having added up the evidence surrounding the situation, it is obvious how this behavior resulted. Mama is distressed after losing her young ones. She’s lashing out at whatever is nearby and perhaps needs a therapist. But had we not been yaketty yaketty, I’m 100% sure we would have heard that moose, seen that moose, and been able to continue wearing the same pair of underwear.

This is an uncommon experience in the Park, but it does happen. The obvious moral is be aware. But we want you to know specifically, maintain that awareness even on a casual ride in the front country. It makes it more interesting and could save having to pull hoof splinters out of your behind.